Duterte to PNP, AFP: ‘Be ready’ to enforce quarantine protocols

MANILA — President Rodrigo Duterte on Thursday warned that he might order the police and the military to take over the enforcement of enhanced community quarantine (ECQ) in Luzon, in case Filipinos continue to disregard the protocols imposed by the government.

In a televised public address, Duterte told the police and the military to get ready to oversee the implementation of Luzon-wide ECQ.

He made the pronouncement, as he vented frustrations over the reported quarantine violations despite his repeated calls on the public to stay home to stop the further transmission of coronavirus disease 2019 (Covid-19).

Duterte said his order would be akin to the declaration of “martial law.”

Duterte’s statement came after receiving reports that there are over 100,000 quarantine violators.

Earlier Thursday, Cabinet Secretary Karlo Nograles said the promulgation of martial rule was not an option.

Under Article 7, Section 18 of the 1987 Constitution, the President can declare martial law, “in case of invasion or rebellion, when the public safety requires it.”

“Ang pulis pati military ang mag-enforce ng social distancing at ‘yung curfew. Sila na. Parang martial law na rin. Mamili kayo. Ayaw ko pero [kailangan] kapag naipit na ang bayan at walang disiplina kayo (The police and the military would enforce the social distancing and curfew. They will be in charge. It would be similar to martial law. You choose. I don’t like it but it’s necessary if the country will suffer because you have no discipline),” Duterte said.

Duterte earlier placed Luzon Island under ECQ until April 30 to arrest the spread of Covid-19.

But following the reported rise in quarantine violations, Duterte ordered the Department of the Interior and Local Government (DILG) to investigate those behind the cockfighting activities and drinking sessions during the ECQ period.

“I’d like the DILG to investigate kung sinong nagpasabong pati ‘yung nag-iinuman (Individuals who are involved in cockfighting and drinking sessions),” Duterte said.

Duterte also told individuals engaged in cockfighting and drinking session that they would not receive any assistance from the national government.

The DILG on Tuesday said three village officials in Caloocan City were given a show-cause order for allegedly being involved in illegal cockfighting at the Manila North Cemetery on April 11.

Despite his latest warning, Duterte admitted that it pains him to impose the ECQ.

“I have to admit it, this thing about the sequestration or quarantine is a cruel action by the government. Hindi madali ito. Pati ako nasasaktan (It’s not easy for us. I’m also hurt by it),” he said.

Duterte ensured that he would order the immediate lifting of the ECQ in Luzon without even a “single moment of delay.”

Acknowledging that the Covid-19 pandemic is a “calvary” for the country, Duterte expressed hope for an end of the health crisis.

“I hope that this dilemma that we are facing now will end soon. Lahat naman tayo nagda-dasal eh (We are all praying for it),” Duterte said. “I’m calling the Almighty God to have mercy on his people, for all mankind.”

Duterte also renewed his appeal to his fellow Filipinos to follow the quarantine protocols to ensure the successful fight against Covid-19.

He reminded them to strictly observe home quarantine, social distancing, and the wearing of face masks.

“Sumunod ka kasi ‘pag hindi, ang kaharap mong sunod, ang militar na pati pulis (Follow because if you defy the orders, you will have to face the military and the police),” Duterte said. 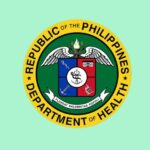 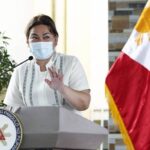 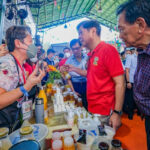 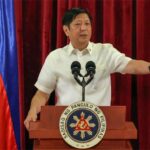