“We understand the concern of the officials of the Commission on Human Rights, but we assure them that the President’s suggestion is to encourage volunteerism and definitely not vigilantism,” Eleazar said in his remark.

Eleazar also stated that Duterte’s suggestion intends to protect civilian volunteers from criminal elements such as members of the New People’s Army (NPA), the armed wing of the Communist Party of the Philippines that has been designated as a terrorist organization by the United States, the European Union, the United Kingdom, Australia, Canada, New Zealand, and the Philippines.

“Batid ng ating Pangulo at kami mismo sa PNP ang panganib na kakaharapin ng aming volunteers (The President, and even we in the PNP, know the dangers that our volunteers will be facing) for standing up against criminal elements that include members of the CPP-NPA-NDF and the suggestion made was aimed at ensuring their own protection—but with an assurance that they will undergo the rules and procedures for civilians to possess and carry firearms,” Eleazar said.

He noted that the laws and practices include securing a License to Own and Possess Firearms (LTOPF), which is required before a civilian can purchase a firearm, acquiring a firearms license, and the Permit to Carry Firearms Outside Residence (PTCFOR).

Eleazar believes that if citizens are permitted to acquire and carry firearms as long as they follow the law’s rules and regulations and are qualified, there is no reason why civilian volunteer groups should be denied the same privilege.

“Walang dahilan para hindi sundin ang mga patakarang ito sa pagmamay-ari ng baril ng mga sibilyan (There is no reason for the civilians to follow these guidelines for owning guns) even with our efforts to enhance our relations with the community in fighting criminality, insurgency, and illegal drugs, among others,” Eleazar said.

Eleazar said Duterte’s request to arm civilian groups stems from his great desire to fight lawlessness in the society.

The PNP inaugurated the Global Coalition of Lingkod Bayan Advocacy Support Groups and Force Multipliers on June 25, with the goal of forging a strong collaborative alliance with the community in support of the ongoing anti-crime and anti-terrorism campaign.

Duterte commended the PNP for establishing a shift in tactics in dealing with the country’s 53-year-old problem of Communist insurgency as a key contribution to the goals of the National Task Force to End Local Communist Armed Conflict (NTF ELCAC) of putting an end to the local rebellion once and for all.

Duterte acknowledged in his message the multi-sectoral groups’ efforts and support, expressing his firm belief that through this coalition, the PNP can easily access, gather, mobilize, and expand the pool of warm bodies and resources from various government agencies and sectoral organizations to complement the efforts of various law enforcement units in the fight against illegal drugs, insurgency, terrorism and in the implementation of health protocols.

“If you have this coalition, you have a list of people who are there who can arm themselves. I will order the police if you are qualified, get a gun, and help us enforce the laws,” Duterte said.

“Arming civilians without proper training, qualification, and clear lines of accountabilities may lead to lawlessness and proliferation of arms that may further negatively impact on human rights situation in the country,” CHR spokesperson Atty. Jacqueline Ann de Guia said in response.

Eleazar gave a summary of the Lingkod Bayan Advocacy Support Groups and Force Multipliers, as well as how it may effectively assist the PNP in achieving its goals and implementing its current initiatives and programs.

He stated that these strategic initiatives, coupled with other projects and programs aimed at improving the lives of Filipinos, demonstrate the government’s holistic approach to end the decade-long military struggle caused by communist insurgency.

“The use of firepower alone is not the ultimate solution to end this problem. What is needed is to present a better ideology to deny them the opportunity to recruit and eventually win the hearts and mind not only of the members of the CPP-NPA but also of those who are included in their support system in the grassroots.” Eleazar said.

The PNP spearheaded the formation of a global coalition of organizations, both international and domestic in scope, and is capable of providing proactive leadership, direction, and advice to all government and multi-sectoral initiatives. 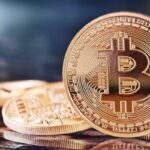