The Department of Social Welfare and Development (DSWD) said millions of Filipinos may face unemployment due to the effects of the COVID-19 crisis and succeeding lockdowns imposed to curb its spread.

“The health crisis alone has created deep impacts on the economy, as well as our fellow Filipinos’ livelihood and well-being, with prospects of an estimated 10 million Filipinos losing their jobs, the repatriation of nearly 70,000 displaced overseas Filipino workers, and the increasing number of Filipinos involuntary hunger among others,” DSWD Secretary Rolando Bautista said during the second pre-SONA forum on Wednesday,

The DSWD said agencies under the Human Development and Poverty Reduction Council are working to improve the lives of Filipinos amidst the crisis and help cushion the economic impact of losing livelihoods. Included in the council are the Department of Agriculture, the Department of Trade and Industry, and the Department of the Interior and Local Government.

According to Bautista, the core strategies of the council are education, health, social protection, and building opportunities for Filipinos.

The Department of Labor and Employment is also working on implementing several programs and projects to help repatriated overseas Filipino ease into their current situation.

At the same forum, Labor Secretary Silvestre Bello III identified one of the programs as the Balik Pilipinas, Balik Hanapbuhay program where OFWS are given a cash amount of P20,000 upon returning to the country to fund a livelihood program of their choice. He said most OFWs choose to put up a small eatery (carinderia) or a welding shop with the cash assistance.

“This will revive the construction industry and we hope to generate not less than 400,000 working opportunites,” he said.

Another program is the DOLE Integrated Livelihood Program, where livelihood projects are given to OFWs and other workers, as well as loans at “very minimal interest” to help them start businesses.

The Philippine Statistics Authority earlier said there are an estimated 7.3 million unemployed adult Filipinos, whiich is an all-time high due to the pandemic. 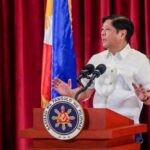 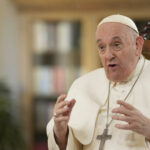 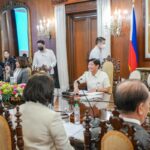 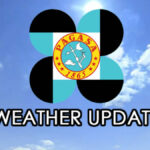